Our Case Selection and Example section is designed to illustrate typical aligner cases seen on a day-to-day basis in our laboratory. The format is to show coordinated occlusal photos for each type of case in a “before and after” comparison to provide a realistic review of the types of corrections that can be expected.

This is a 3 aligner case with minor anterior crowding. Slight IPR of .1mm was done on the mesial and distals of the laterals.

Minor lower anterior crowding is one of the most common types of cases we see for clear aligner treatment. The amount of crowding shown here is typically treated with slight IPR between the anterior teeth using 3 aligners.

Moderate upper anterior crowding case treated using 4 aligners. The cuspids were also reset with .1mm IPR on the distals of the laterals and mesial and distals of the cuspids.

Four aligners were used here to correct the crowding. The centrals were brought lingually and the laterals moved slightly to the labial with .1mm of IPR on the laterals.

Upper anterior space closure is another very common correction with aligners. With upper space closure, the arch form change is governed by the anterior overjet and overbite which requires the lower model to verify.

Lower anterior space closure while not at common as upper can be with clear aligners. The amount of space closure must be carefully monitored to insure the aligners seat. Here the space distal to the left cuspid was used to shift and align the anteriors.

Upper anterior crowding that requires 5 aligners iss what we term a “Mid-Range” case. These cases combine arch form changes with labial/lingual movements, rotations and typically IPR. Depending on the amount of total correction requested, we may need a second series of aligners after the initial correction with the first series.

Lower anterior crowding that requires 5 aligners is what we term a “Mid-Range” case. These cases combine arch form changes with labial/lingual movements, rotations and typically IPR. 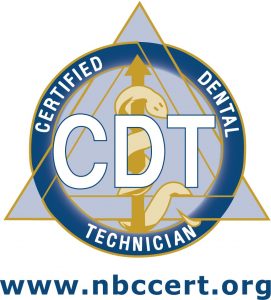